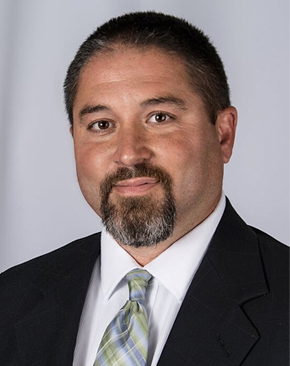 Noting Josh Sword’s extensive experience in the West Virginia labor movement and his dedicated service with the West Virginia AFL-CIO, the organization’s Executive Board unanimously chose him to serve as President on December 13, 2016.

Sword had served as Secretary-Treasurer of the WV AFL-CIO since January 1, 2013, managing the group’s financial accounts and actively participating in political and legislative processes on behalf of its members.

In addition to his duties at the WV AFL-CIO, Sword is a former member of the PEIA Finance Board and serves on the board of the United Food Operation and has been Secretary-Treasurer for two arms of the WV AFL-CIO, HRDE, a non-profit organization that provides low-income housing for West Virginia’s seniors and disabled, and HRDF, a non-profit organization that provides tools for disadvantaged individuals to succeed in the workplace.

Prior to joining the leadership of the WV AFL-CIO, Sword worked for the American Federation of Teachers-West Virginia, from 1999 to 2012.  He began his 13-year career with the AFT-WV as benefits coordinator and eventually transitioned to political director.  During his tenure, Sword helped develop and coordinate a campaign that allowed for 15,000 teachers and service personnel to transfer from a defined contribution plan to a defined benefit retirement plan, essentially guaranteeing those educators a pension upon retirement.

During his stint at AFT-WV, Sword was a member of CWA, local 2001.  As Secretary-Treasurer of the WV AFL-CIO and now President, he is member of LIUNA (Laborers’) local 1353.

Sword believes that working families deserve a voice in the workplace and that voice is critical to a prosperous middle class.  Union roots run deep in his family; his father retired as a member of the elevator constructors’ union and his grandfather was a union ironworker.

“The WV AFL-CIO’s 48-page constitution can be broken down to one goal: To make life better for workers and their families. And that is my motto as president,” he said.

The Charleston area native is a graduate of the University of Charleston, with a bachelor’s degree in accounting.  Sword is married to wife, Kelly, and they have two children. 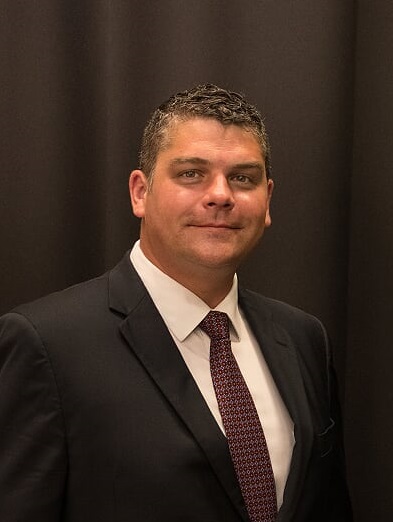 Walters, a member of the International Painters Union and a resident of Wheeling, was elected Secretary-Treasurer during the West Virginia AFL-CIO’s Constitutional Convention in October 2017. He replaced UMWA member Joe Carter, who filled the unexpired Secretary-Treasurer term Sword was serving prior to being appointed President.

After working as a foreman with LM Construction for nearly 10 years,  Walters became the business representative for the International Union of Painters and Allied Trades District 53 in January 2014. He was responsible for promoting leadership and direction within the local union’s jurisdictions, including recruitment and retention; projects bidding; apprenticeship and training; political activities; and financial management and organizing. He also served as delegate to the Upper Ohio Valley Building and Constructions Trades Council, board member of Project Best PR Committee, trustee to IUPAT District Council 53 JATC, and board member of United Way of Ohio Valley.

Sherry Breeden
Assistant to the President and Political Director/Mobilizer

Since 2006, Sherry Breeden has served as the WV AFL-CIO’s Administrative Assistant to the President and Political Director/Mobilizer, organizing political support through the state’s 13 central labor councils.

She is also liaison to the West Virginia Chapter of the Alliance for Retired Americans.  Breeden, daughter of a union household, has been a union steward, a financial officer for USW Local 14614, and a trustee of the Kanawha Valley Central Labor Council, and has taken courses through the National Labor College and Wellstone Action.

Dena Fields joined the staff of the WV AFL-CIO in 2007, serving as Resource Specialist.

Her duties include educational and promotional material development, file maintenance, bookkeeping, and social media management.  The Charleston native is a member of the LIUNA #1353 and the OPEIU #457 and serves as Public Relations Director of Kanawha/Charleston Federation of Democratic Women.

Fields is also a property and casualty licensed insurance agent.

Cheri Walker has been with the WV AFL-CIO since 1998, serving as Administrative Assistant to the Secretary-Treasurer.

Previously, Walker worked for AFSCME, the nation’s largest public service employees union, from 1992-1998. Her father served as Union Steward for the USW at Libbey Owens Ford Glass Plant, influencing Walker’s desire to be involved with the union movement herself.

Walker’s husband is as a member of the Laborers’ Local 1353.  Walker's two brothers retired as union members (Operating Engineers; USW and Laborers).