The following is a statement from West Virginia AFL-CIO President Josh Sword regarding the passing of Paul Nyden:

“The West Virginia AFL-CIO family is deeply saddened to learn of the passing of longtime Charleston Gazette reporter Paul Nyden. Paul was a real hero to the organized labor community, in large part because of his focus in reporting on issues that matter to West Virginia’s working families. Because of Paul, issues like retirement security, workplace safety and workers’ right to organize were front and center during his tenure as a reporter. Our thoughts and prayers go out to Paul’s family during this difficult time.” 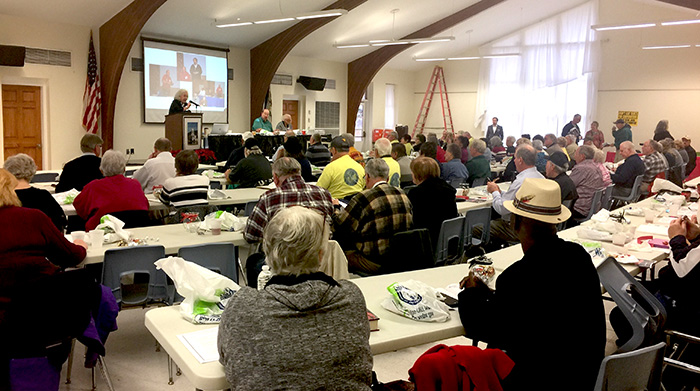 Painters to Protest Against Seminole/WV Department of Highways

Painters District Council 53 is holding a protest against Seminole Equipment and the WV Department of Highways on Thursday September 28, near 3222 Kanawha Turnpike, South Charleston (intersection of Hwy 60 & CR-12). The protest will be from 11:30 to 1:00pm.

Painters District Council 53 was able to obtain copies of project payroll records and believe they show no state income taxes were withheld.

“Upon further review we believe Seminole Equipment has received 97 payments from the State of West Virginia since 2006. Those payments total almost $10.75 million,” said Painters District Council 53 Secretary-Treasurer Dan Poling. “We were able to obtain many of these payroll records and believe no state income taxes were withheld on any project during the past 11 years. We estimate the loss to WV taxpayers exceeds $250,000.”

Seminole has recently been awarded an $8.5 million project in Raleigh County and is the apparent low bidder for a project in Wetzel County in excess of $6 million.

“To make matters worse Seminole imports labor from out of the area,”  Poling said. “DOH has dropped the ball! We have alerted them to the problem but have heard little back. We want the State of West Virginia to make Seminole Equipment pay their taxes. It’s not fair to the West Virginia residents and businesses that do pay taxes.”

The following is a statement from West Virginia AFL-CIO President Josh Sword on the state Supreme Court’s decision regarding the preliminary injunction on Senate Bill 1, so-called “Right to Work.”

“Today’s Supreme Court ruling pertains solely to the preliminary injunction issued by Kanawha Circuit Judge Jennifer Bailey that postponed enactment of the Right to Work law while she considers her final ruling.