Public employees and employee representatives will hold a press conference 10:30 a.m. Monday, Feb. 15, in Room 252 of the state Capitol to talk about the potentially devastating impact of cuts to the West Virginia Public Employee Insurance Agency program, which affects over 200,000 state and local public employees and their families.

“As a member of the Public Employee Insurance Agency Finance Board, I can’t begin to express how concerned I am about what could happen to our lowest paid public employees if the Legislature cannot find a way to properly fund PEIA,” said Elaine Harris, the state's international representative for the Communications Workers of America and a vice president with the West Virginia AFL-CIO.

What: Press conference to discuss effects of PEIA funding crisis

Statement from WV AFL-CIO President Perdue on passage of "Right to Work," repeal of Prevailing Wage

The following is a statement from West Virginia AFL-CIO President Kenny Perdue regarding the passage today of Senate Bill 1, “Right to Work,” and House Bill 4005, repeal of Prevailing Wage:

“The legislative leadership relentlessly pursued “Right to Work” and repeal of Prevailing Wage despite appeals from thousands of hard-working West Virginians and hundreds of employers and contractors to stop and consider the damage caused to workers in other states through lower wages and less safe workplaces, and despite proof that these measures do nothing to create jobs.

“On behalf of 140,000 hard-working men and women represented by the West Virginia AFL-CIO, I would again like to thank Governor Tomblin for seeing through the false promises offered by supporters of both bills and standing up for West Virginia’s middle class. In the coming months, we will direct our energy and resources toward reminding West Virginia working families which legislators failed them, and urging them to vote accordingly – to remember in November.” 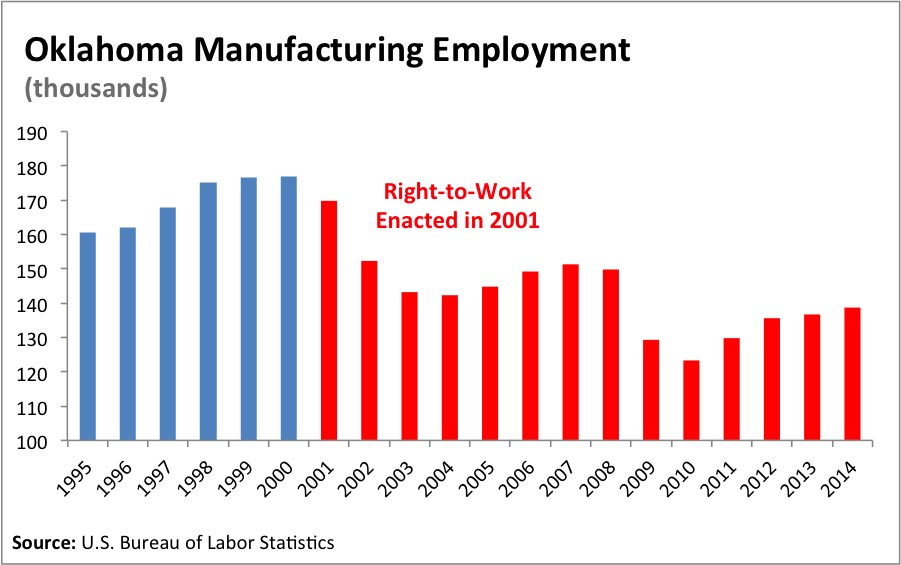